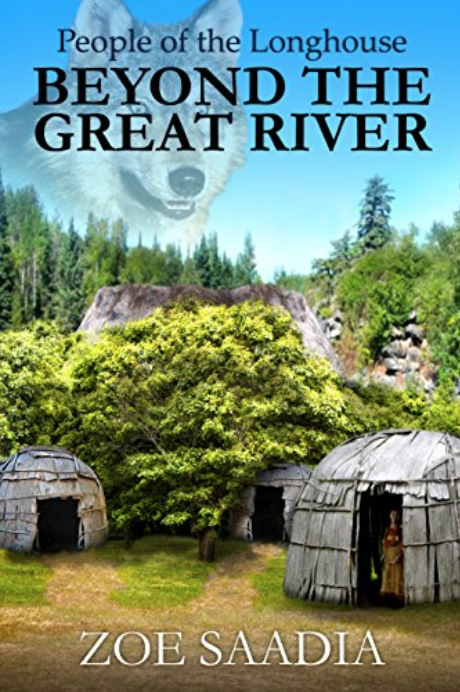 Beyond the Great River is a historical novel that takes place in the Great Lakes region during pre-Columbian times. I have spent little time in this part of the world and know little about the history of this region but I still found it quite easy to enjoy this novel. Military conflict, as is often the case in historical fiction, plays a large role in the story but, unlike many other war novels, Beyond the Great River does not build toward a pitched battle. In some respects, it may not even be appropriate to think of Beyond the Great River as a war novel. After all, the invading force in the book constitute barely 20 warriors and the village being invaded is not especially large. Moreover, there is little examination of battle tactics and no great general who we are supposed to root for in the story. Whether it is to be considered a war novel or an examination of a long-ago skirmish, Beyond the Great River has quite a bit to say about military conflict and human nature.

War has long been thought of as a young man’s calling and most historical novels are told exclusively from this perspective. However, Beyond the Great River chooses a different tack and we see the conflict mainly through the eyes of Kentika, a young girl who happened to spot the invading force as she was out exploring the forest. Desperate to save her home, Kentika rushes back to her village to inform her elders of what she saw. As it turns out, this ends up being a costly mistake. Not only do her elders initially dismiss her account, but she ends up leading the invaders back to her village because they are able to follow her fresh tracks. It’s a great example of how good intentions don’t always lead to good results and how defeat can often be brought about by very wise decisions.

Some readers will certainly find this counter-intuitive. We are used to thinking about defeat as a culmination of bad choices, whether it’s Hitler’s decision to invade Russia or Napoleon’s decision to invade Spain. What makes Beyond the Great River such an interesting read to me is that it ponders the alternative: how battle often punishes the people who make smart decisions.

Moreover, the reader is also encourage to wonder about war itself. Might is right has been the norm for most of human history and Saadia’s depiction of the Ontario region during the time of the Great Law of Peace leaves little doubt this mentality was endemic even then. Saadia’s intent is probably not to insinuate that the Great Law of Peace was some sort of farce, a great many scholars think the Great Law of Peace and the Iroquois Confederacy played a large role in the democratization of colonial societies in North America as well as Western Europe, but it should encourage introspection on the part of readers. Semantics often color our approach to history, whether it’s how we think of Alexander the Great or Shingas the Terrible, and I appreciate how Beyond the Great River encourages readers to think of how much different history can be when we incorporate the perspective of marginalized peoples as well as powerful societies.

Kentika’s attempt to inform her village of the danger posed by the foreign warriors is just one example of this. All throughout the story, logical and understandable decisions often backfire horribly and the reader is forced to wonder how much of victory depends not on genius strategy but dumb luck.

All in all, Beyond the Great Rivers is a brisk read and a great start to an interesting trilogy about pre-Columbian North America. I recommend the book to anyone who enjoys stories with a strong female protagonist and to readers interested in learning more about early American history.

This novel is available on Amazon in the Kindle store and in paperback.