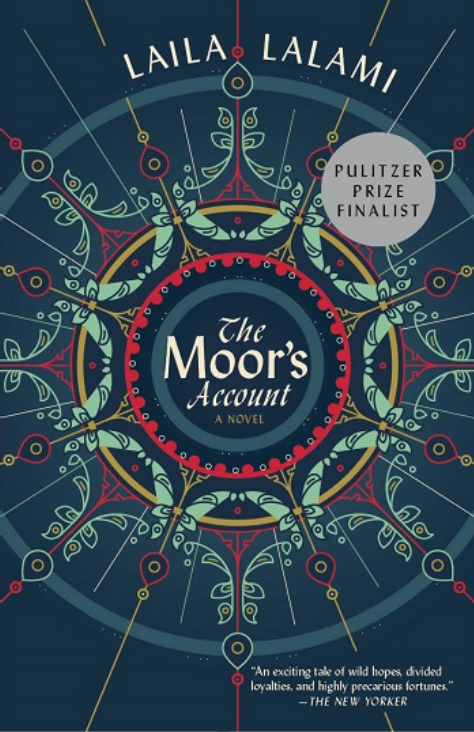 Historical fiction is a relatively small genre. Most bookstores in the US do not have a historical fiction section and the genre is not nearly as popular as fantasy or science fiction. Owing to authors like Laila Lalami, that could soon change. The Moor’s Account serves as her first foray into historical fiction and represents a towering accomplishment for the genre.

Set during the early days of Spanish colonization of the Americas, the novel follows the travels of a Moorish slave referred to in primary sources as Estebanico. Her decision to focus on Estebanico, referred to in the novel as Mustafa al-Zamori, is just as laudable as it is noteworthy. Had she written the novel from the perspective of Vacas or Navarez, she would have had far more resources at her disposal in terms of research tools. Despite the difficulties involved, Lalami chose to make Mustafa the protagonist of the novel and gives readers a character who provides some fascinating perspective on matters regarding race, war, and religion.

The story begins with the Navarez expedition having just landed in “La Florida” and the protagonist remarks in the opening sentence that “it was the year 934 of the Hegira, the thirtieth year of my life, the fifth year of my bondage—and I was at the edge of the known world.” The opening line is not particularly complex in terms of structure or diction, but it does a great job of setting the tone for the story.

Most Americans are not familiar with the Hegira–after all, Muslims make up less than 2 percent of the US population and the Gregorian calendar is used throughout most of the world these days. By invoking the Hegira, Lalami lets us know upfront the protagonist does not come from a traditional Western background and gives us information that savvy readers can use to better understand the setting. Moreover, by referencing the specific number of years that the character has spent as a slave, we learn the character was not born into slavery but forced into it, an important distinction that hints at a backstory which Lalami explores in subsequent chapters with enviable grace. Nonetheless, it is probably the final clause of the opening sentence which merits the most attention from readers.

A number of authors have remarked that almost every story can be boiled down to two basic plots: a stranger comes to town or a character goes on a journey. With the final clause, we know we have the latter but, importantly, we also know the character is journeying into the unknown. As a result, we know early on that the protagonist will probably be exposed to a great many unfamiliar sights and some of the most memorable scenes of the novel include these unfamiliar sights, such as when Mustafa comes face-to-face with an alligator for the first time. Considering that Mustafa and his captors have never seen an alligator before, it is all too easy to understand the terror that Mustafa experiences as he watches the animal attack a fellow slave.

To think the Moor’s Account is a simple travelogue of pre-colonial North America would be a mistake though. Where The Moor’s Account really shines is how it encourages readers to think about history. Almost anyone who has learned about the Navarez expedition knows that it was an absolute disaster and that the vast majority of the crew perished. Álvar Núñez Cabeza de Vaca was fortunate enough to survive and historians have long turned to his writings on the Navarez expedition to understand the event. Whereas many authors would have felt bound by the official account, the Moor’s Account subverts Vacas’ retelling on multiple occasions to give Mustafa more agency and to give the Amerindians more voice.

In doing so, the author encourages readers to take a more critical view of this primary source and its purported veracity. If events unfolded as they did in the novel, would Vacas have included that kind of information in the official account? The account that Vacas provided to notaries strongly suggests that Navarez bore sole responsibility for the failure of the expedition and that the surviving crew members, the Moor included, were selfless missionaries for Christ during their time with the “Indians.”

The portrayal offered by Lalami in The Moor’s Account is decidedly more complicated. Not only does Vacas share some of the responsibility for the failure of the expedition in Lalami’s retelling, she also strongly suggests that the survivors were much more keen on assimilating into Amerindian society than proselytizing, a concept that would have been truly shocking in 16th century Europe. Furthermore, the Moor never truly converted to Christianity in Lalami’s retelling and helped save the expedition on numerous occasions, something Vacas would have elided for numerous reasons. Lalami’s account is fictional of course but it raises many interesting questions about how we engage with history and the importance of critically examining the established orthodoxy. I would highly recommend this novel to fans of historical fiction, or those keen on literary fiction, and will be sure to keep an eye out for more of Lalami’s work in the future.

The book is available on Amazon and can be requested at most libraries.